But, there are thousands of African Americans that have made significant contributions to our lives. Some even changed how we live our lives forever. Most of them, you probably have never heard of.

Here are 3 that have made major contributions to HVAC that need credit for their work.

Alice H. Parker
Alice Parker was an American inventor. December 23, 1919, she received a patent for what would eventually become the modern gas furnace that we use today. Her design was a natural gas furnace with ducting that went from a single furnace to multiple areas. This paved the way for modern forced air systems that you probably have in your home today.

David Crosthwait
David Costhwait Jr. was a mechanical & electrical engineer that held 39 patents in the United States and 80 international patents that all are related to HVAC. His greatest contribution is in HVAC design. David developed a design for heating large commercial buildings that used a boiler and zone thermostat control. This design is still the basis of many large commercial buildings constructed today. His most notable designs were Rockefeller Center and Radio City Music Hall.

Fredrick McKinley Jones
Fredrick McKinley Jones made one of the greatest contributions to modern society and yet, you probably have never heard of him.
He was an American inventor that won the National Medal of Technology and is in the National Inventor’s Hall of Fame. He invented a device that combined sound with motion pictures. While you may think this was a great achievement, it wasn’t his greatest.

What did he invent?

In 1940, he received a patent for a portable air conditioner for use in trucks transporting perishable food! He was a founding partner for a company that later became known as ThermoKing. His portable cooling systems were especially important in World War II to preserve blood, medicine and food for army hospitals. Today refrigerated transport trucks allow food to be transported over greater distances than could have been imagined before his invention. All of the fresh produce and meat that we have available in the store is all thanks to his invention from over 80 years ago! Just imagine a world without refrigerated trucks transporting food and other perishables along our interstate highways.

Is that a world you would want to live in?

These 3 people changed how we live our lives and without a doubt transformed society in ways they never could have imagined. And yet, you probably never heard of them. 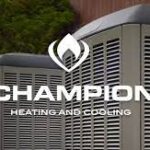